In addition to California lemon law, the firm also specializes in litigating serious personal injury cases and cases related to violations of consumer protection laws, including unfair and abusive debt collection, automotive dealer fraud, wrongful credit damage and identity theft cases. Mr. Brennan and his firm enjoy an “AV” rating from Martindale-Hubbell, and he has been selected as a “Southern California Super Lawyer” for thirteen consecutive years.

Mr. Brennan is an experienced and aggressive trial and appellate lawyer with an excellent win record. In one five-year stretch (2004 to 2009), Mr. Brennan did not lose a single trial in spite of his very busy trial calendar, where he averages between two and five civil trials per year. His trial winning percentage remains very high, among the best in California. In Franco v. City of LA, Mr. Brennan recently obtained a settlement for his client for $8.5 million dollars for a serious personal injury matter.  In Gordon v. ARC Manufacturing, Mr. Brennan obtained a jury verdict of $1.1 million for a client injured in a construction accident.  In another construction accident case (case name confidential), Mr. Brennan obtained a settlement of $2.2 million for his injured client and his family.  For many years, his verdict in Ferraro/Park City v. Ford of over $1 million was the largest verdict ever in California in a Song-Beverly “lemon law” case; the verdict has since been surpassed only twice.  His other recent major victories include having the Fourth District Court of Appeal uphold his Fair Credit Reporting Act verdict in Fisher v. Wells Fargo. At over $1.1 million gross, it was one of the largest California verdicts ever for wrongful credit damage. In another Fair Credit Reporting Act case, Kim v. BMW Financial, Mr. Brennan obtained a gross verdict, with fees and costs, of over $900,000.00 for false credit reporting.  In Kelly v. Ralph’s Supermarket, January of 2010, he won a $500,000.00 verdict for a trip-and-fall plaintiff who had torn her rotator cuff in the accident. Along with Public Justice and Public Citizen, he co-authored the “friend of the court” brief in Gorman v. Wolpoff, which resulted in the 9th Circuit Court of Appeals issuing a strongly pro-consumer decision against federal pre-emption of California’s Consumer Credit Reporting Agencies Act. He is also a nationally recognized speaker on trial practice and on consumer protection and consumer fraud issues, and has published numerous articles on those and other litigation issues.

When he is not practicing law, Bob Brennan enjoys time with his children, dancing (salsa and swing), martial arts (Muay Thai), hiking (throughout California, including several backpacking trips in the High Sierras), cooking, gardening (he maintains a large organic garden on his property, including vegetables and fruit trees) and reading (mostly current fiction and politics).

Mr. Brennan is admitted in the State of California and in all four federal judicial districts in California. He is also admitted before the Ninth Circuit Court of Appeal and the United States Supreme Court. 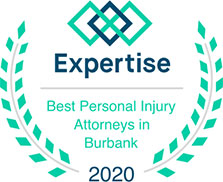